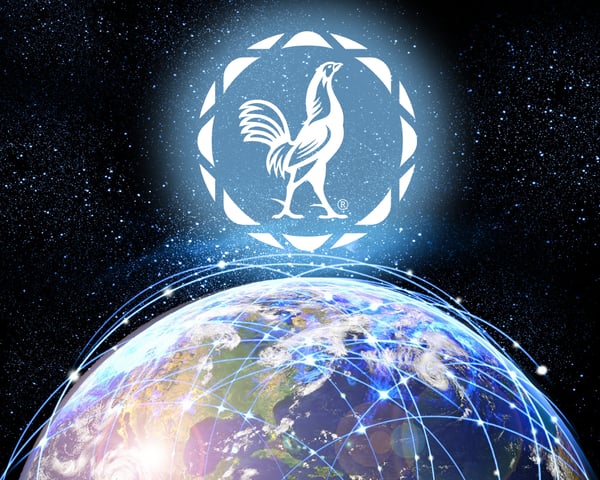 Casa Sauza was the first tequila company to export tequila. Ever since the beginning of our tequila exports history, and being the first ones to do it, we have faced several challenges and opportunities. Keep on reading and you will know which are our current ones.

The First Company to Export Tequila

The story begins with Mr. Cenobio Sauza, known as the "father of tequila". In September of 1873, he bought the La Antigua Cruz factory, the oldest tequila distillery that there is a record of, and re-names it La Perseverancia (perseverance). It was during that very same year that Casa Sauza carried out its first tequila export to the United States, when 3 barrels and 6 jars of its "mezcal wine" crossed the border. This was Casa Sauza's beginning in the history of tequila exports.

International commerce offers a chance to increase a country's GDP. During the decades that followed WWII, rich countries made business mainly among themselves, and the distribution costs were somehow modest, so there were lots of winners and a few losers. But that time has long disappeared and in the last couple of decades, the commercial integration between the developed countries and the developing countries, specially between China and Western countries, had produced big global earnings. Yet, in a worldwide scenario of poor growth like the current one, countries are forced to apply redistributive policies, ones that not only protect commerce but that allow to channel a set of market forces.

Which is the most important market for tequila exports

Currently, the most important market for the export of Tequila is the United States. According to statistics from the Tequila Regulatory Council, exports averaged $ 1,187 million dollars and 188.9 million liters. 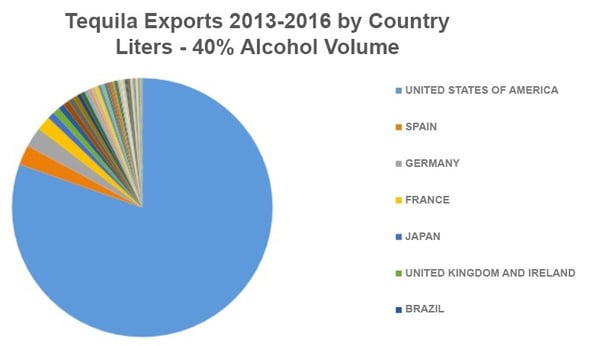 The most important destinations for Mexican tequila exports, are: United States, Germany, Spain, France, Japan, United Kingdom, South Africa, Colombia, Canada and Brazil. These 10 countries amount to a 92.4 % of the total tequila exports that Mexico carries out in a worldwide level. The rest is divided among 88 more nations to which tequila is also sent.

Did you know that Laredo is the most important port of the United States?

What is the NAFTA?

The North American Free Trade Agreement (NAFTA) is a commercial agreement celebrated among the three countries of North America: Canada, the United States and Mexico. In Spanish, it is called the TLCAN (Tratado del Libre Comercio de America del Norte). The agreement was signed in November of 1993 and ever since it came into force on January the 1st, 1994, the commerce and investment levels of the three nations has increased generating thus, a solid and constant economic growth, the creation of new jobs and a greater variety of services and consumer goods at better prices. The progressive elimination of tariffs on imports within the NAFTA zone has benefited businesses, consumers, families and workers of the three member countries.

Which are the NAFTA's goals?

The NAFTA establishes a "free trade zone" among the territories of the three countries because its rules arrange how and when tariff barriers can be eliminated in order to achieve the free circulation of products and services among the three nations. That is, it outlines how and when permits, quotas and licenses will be eliminated, specially tariffs.

The NAFTA certificate of origin is a document agreed upon by the three member countries of the treaty. The 3 countries guarantee that the goods exported to any of their territories qualify as "original from" and thereby, obtain preferential tariff treatment.

Tequila has been one of the products that currently enjoys export and import benefits thanks to the issuance of the NAFTA certificate, tariff 2208.90.03

Why is the "Trump Era" seen as a challenge and an opportunity for Mexico?

The NAFTA became an issue during the 2016 US elections. The following graph shows that the US manufacturing employment does not fall with the entry into force of NAFTA in 1994, rather the setback begins during the 2001-2002 recession and worsened in 2009 with the financial crisis of that country. A recovery followed this 2009 crisis. 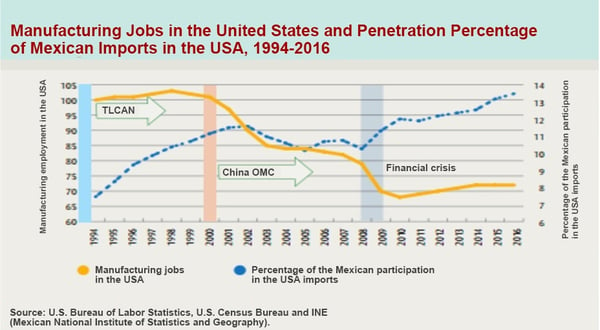 President's Trump economic program is to create a system that would favor investment and infrastructure. Its main asset is a cash flow tax with a 100% deduction of capital expenditures, supplemented by a border adjustment (Border Adjustment Tax) that examines the exports from a taxable base and does not allow the deduction of imports. If this proposal is approved by the US Congress, there will be several impacts on many sectors:

We must renegotiate the NAFTA from a shared vision, one that acknowledges that an economic relationship and integration between Canada, the United States and Mexico, is definitely beneficial for all. The challenge today is to make of North America a competitive zone facing the rest of the world. From the Mexican point of view, it means turning the country (Mexico) into the global export platform of the region. An efficient and cutting-edge transportation system is key in order to take advantage of the main asset that the 3 NAFTA members have: their closeness. (Information from World Bank /USTR.GOV)

Why is it important for the tequila industry to know about the NAFTA renegotiation?

In August 2017, the NAFTA's renegotiations will take place (this article was originally published in Spanish before this date). On the meantime, the USA already started carrying interviews out (ever since June 2017) in order to know the different positions of all sectors, both private and public. Which is why it is extremely important for the Mexican Tequila Industry to promote and defend the industry's common interests in order to guarantee that the tequila exports can still take place with the current tariff preferences. By doing so, our final consumers can keep enjoying this Mexican drink in which we take pride, such as our Hornitos Black Barrel Tequila.

Keep reading our blogs in order to know more about Casa Sauza and its products. If there is any specific topic that you'd like to know about, feel free to send your comments and suggestions.

You might also be interested in reading How many tequila bottles can I bring into the United States?

If you want to know more about Casa Sauza itself, we would be happy to have you here. Take one of our guided tours and become a tequila expert!