The 10 Myths of Tequila (True and False) 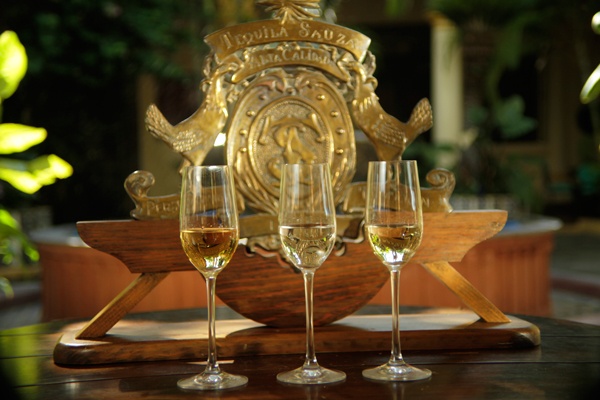 In more than 13 years of experience working in Casa Sauza, my friends still ask me about the myths and legends about tequila. Discover which ones are true and which ones are false. You will find in this article some of them:

Myth #1. "The aged tequila is the best tequila"

The reality is that it depends on each person's taste and preferences. A big amount of people think that white tequila is the real expression of tequila because it has a purer agave taste and flavor. This kind of tequila acquires a roasted tone with wood flavor notes. We can say then that the best tequila can be a white one if you like the more intense flavors of agave. On the other hand, if you prefer sweeter and more complex notes that only a wood barrel can provide, the aged tequila is for you.

It depends. All the alcoholic beverages including the tequila, if they are consumed moderately, in quantity and frequency, they don't cause health damage. In alcohol grams, it is exactly the same if you drink a beer jar of 355 ml, a glass of wine or a tequila shot. The truth is that tequila, is the one that has a higher alcohol level from that three beverage, but if it's consumed with responsibility, there's nothing wrong of enjoying it.

False. The 100% agave tequila is elaborated exclusively with the sugars obtained from the agave plant and is bottled right away. The tequila category has a 51% of agave sugar and 49% of other sugars.

Myth #4. "Tequila its produced in the same way as in ancient times"

It depends. Many tequila industries have incorporated themselves in the industrial modernity and they use new technology according to their needs.

Of course, in some tequila destilleries, the artisanal processes still survive, and that doesn't mean that they produce better tequilas. They actually are starting to integrate to the new modern processes according to their commercial growth.

It is said that a 100% agave tequila, if its taken pure, doesn't cause hangover they next day, but if its combined with other ingredients or alcoholic beverages is a different story. From my point of view, the hangover effects have a lot to do with the quantity and frequency of the consumed alcohol.

False. This image has been promoted in the last years, but the truth is that you don't find worms in the tequila bottles. There are some typical worms from the agave plants that used to get inside in the process. But nowadays, this must not happen.

Myth #7. "Tequila shouldn't be cooled down"

True. This is an accurate fact because if the tequila gets cooled down, when the temperature is decreased it may lose some of its flavor and smell features. However, today the latest trends include drinking cold and even frozen tequila and in my opinion, tequila has the versatility of being drunk in many ways, according to the consumer preferences.

False. Just like other distillates, tequila doesn't lose its characteristics over time. To achieve this, it is necessary to keep it hermetically closed, because when it is exposed to the air, the alcohol evaporates. But, something is for sure: tequila is not a perishable product.

Myth #9. "Tequila has to be drunk in a caballito"

It depends. If the caballito is commonly used to drink tequila, it is not the most recommended method to consume it. Actually, there is a special glass that allows the consumer to perceive better the tequila features, but as we said before, this beverage is so versatile that it can't be drunk as you wish.

Myth #10. "Tequila can be produced anywhere in the world"

False. This is totally false. This beverage has a Denomination of Origin Seal, which means that it can only be produced in certain municipalities of Jalisco such as Michoacán, Tamaulipas, Nayarit y Guanajuato. That is because the blue agave tequilana weber is only cultivated in these zones, tequila is only Mexican and it is an honor to share our products with the world.

Keep reading the next articles about the tequila production process or feel free to schedule your visit to Casa Sauza and enjoy a wonderful experience in our guider tours.