The History of our house, our tequila, our people 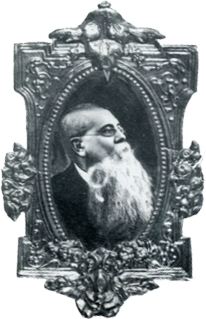 A true pioneer, Don Cenobio Sauza is known for playing an integral role in the creation of tequila.

In 1873 he consolidated his future and laid the firm foundations of the tequila industry that, according to his vision and purpose, should have a long and fruitful existence.

And so the city of Tequila, Jalisco, was consolidated as the cradle of the national drink of Mexico - formerly called mezcal wine - which would later be named tequila, thanks to visionary and pioneering men such as our founder.

It was in 1873, when on the 1st of September, Don Cenobio Sauza acquired the “La Antigua Cruz” distillery, one of the oldest distilleries in Tequila, Jalisco. In 1888 he renamed it "La Perseverancia", a name that he still keeps and that witnessed the birth of Tequila Sauza.

In August of that year, he became the first to export tequila to the United States to New Mexico City. The tequila called Ya Sauza, became for the first time an export drink.

Don Cenobio  was the first to call mezcal wine by the proper name of TEQUILA.

When Don Cenobio Sauza died, his son, Don Eladio Sauza, took over the business. He guide Sauza through the difficult early twentieth century, when Mexico was immersed in the Mexican Revolution.

Don Eladio expanded the range of products and renovated the distillery, turning Tequila Sauza into a drink of national pride and he was also in charge of developing varieties.

It is in that year when the industrialization of the Sauza brand begun...

Don Francisco Javier Sauza begun his term at the helm of Sauza, which was at the moment the tequila company with the most sales in the world.

Like his father and his grandfather, he was concerned about innovating the quality of our tequila. His innovations extended to the agricultural area, ensuring the quality of the drink since its origin, with the finest raw material.

Don Francisco knew that if you want to do things better, you have to innovate. Nothing proves it more than his pioneering decision to make tequila in a way that has never been done before:

Cooking the agaves in small ovens, to better control the roasting process and get a better-tasting tequila. With this blow, Don Francisco changed the tequila process forever.

INNOVATION IN THE PRODUCTION PROCESS

Don Francisco Sauza had no regrets about taking the risk to make a great tequila. From the creation of the Reposado before it was even a word, to the revolution in the agave cooking process, to standing up to the Mexican government of that time and setting new standards for tequila.

Since then, our tradition has been to break tradition and thus become the people who have achieved the evolution to the purest tequila.

100 years after the purchase of the "Antigua Cruz" the acquisition of the Quinta Property is made, which is renamed Quinta Sauza.

He believed that authentic tequila could only be made with 100% blue agave, grown in Mexico and in a certain region. This is how he, with great buoyancy, achieved the designation of origin for tequila, making this "our drink", which is now known worldwide as a drink of Mexico and part of the cultural heritage.

In 1976, Don Francisco Javier Sauza sold part of his shares to Casa Pedro Domecq. After his death in 1990, Domecq became the sole owner of Tequila Sauza.

Two years later, Casa Sauza achieves a sales record of 3 million cases of tequila in one year, a figure never before achieved by a tequila company.

In 1994 Tequila Sauza, belonging to the Domecq group; formed an alliance with the English company Allied Lyons called Allied Domecq.

In 2005, the company Beam Global Spirits & Wine, acquired the Tequila Sauza brand, including it in its portfolio, which until then had 16 brands of spirits, becoming the second most important brand in the portfolio. Years later Beam was incorporated into the market as a public company, Beam Inc.

Since April 30, 2014, the Japanese food and alcoholic beverages company, Suntory Holdings Limited, bought Beam Inc., for which the company is currently known as Beam Suntory, being one of the largest producers of spirits in the world. global market.

Today, Sauza tequilas are still made in La Perseverancia, where they are packaged at origin and exported to more than 73 countries in the world with a presence on five continents.