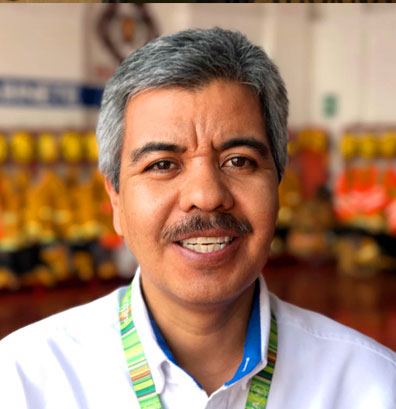 Throughout the more than 20 years of experience that I have in the elaboration and preparation of tequila, one of the most frequent questions that students, drink lovers and industry people ask is: Which is the best tequila? And the answer has always been "the one you like the most". But, in order to be able to know which is the tequila that each person likes the most, we first need to know that there are different kinds and classifications of tequila. Afterwards, we must also get to know the different sensory characteristics that each one of them has. Once we have this information, we'll make a better decision.Tequila is an alcoholic beverage that is obtained from the Weber Tequilana Agave, blue variety, after going though a fermentation and distillation process. According to its composition of agave sugars, Tequila is classified into categories and kinds:
Tequila categories

There are basically two categories:

1- 100% agave tequila
It's the one that is elaborated exclusively from the sugars that are obtained from the Weber Tequilana Agave blue variety, which means no other sugars are added.

It is made with 51% of Weber Tequilana Agave blue variety sugars and 49% of other sugars different from agave, such as sugarcane, corn, molasses or brown sugar. It is often called "mixed tequila", although this term is not correct according to the NOM-006 standard that regulates the processes of preparation, packaging and marketing of tequila. The "100% pure agave tequila" can only be bottled in the area of designation of origin, and the category "tequila" can be bottled outside the denomination of origin, which means it can come from a country that is not Mexico. 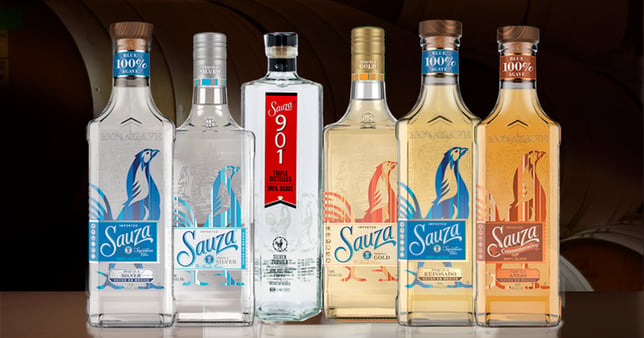 There are 5 kinds of tequila:

1. White Tequila
It is that transparent liquid obtained from distillation, to which only dilution water is added so it matches the corresponding alcohol levels of the country where it is going to be marketed; that is, in Mexico, the most common graduations are 35 ° and 38 °, in the USA 40 °.

It is not necessarily colorless, since it may have gone through a maturation process of less than two months in oak or pinewood containers.

2. Young Tequila
It is that transparent liquid obtained from distillation, whose flavor could be softened, or it is also the result of mixing a white tequila with a rested, vintage or ultra-aged tequilas.

3. Rested Tequila
It is that transparent liquid obtained from distillation that goes though a maturation process of at least two months in direct contact with the wood of oak or pinewood containers. It is also a result of mixing rested tequilas with vintage tequilas.

4. Vintage Tequila
It is that transparent liquid obtained from distillation that goes though a maturation process of at least one year in direct contact with the wood of oak or pinewood containers whose maximum capacity is 600 liters. It is also the result of mixing vintage tequilas with extra-aged tequilas.

5. Extra-Aged tequilas
It is that transparent liquid obtained from distillation that goes through a maturation process of at least three years in direct contact with the wood of oak or pinewood containers whose maximum capacity is 600 liters.

In all of the different kinds of tequila, its commercial alcohol content must be adjusted with dilution water if necessary. 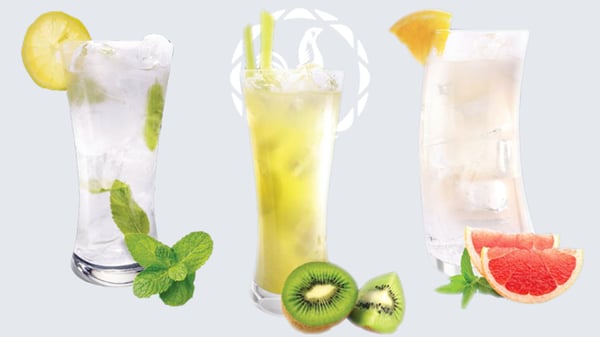 I hope this information has helped you to better understand how tequilas are classified. You now have more information in order to make a better decision when choosing a tequila. Each of these kinds of tequilas develop different sensory notes and thus, varies in their uses and ways of drinking it; you could either mix it with another beverage (such is the case of margritas) or slowly taste it without mixing it, like we recommend you do with an extra-aged tequila.

You now have given your first step in becoming an expert in the selection of tequila, yet, you still need to understand each of the sensory notes that they all have to offer. I suggest you discover which notes does each tequila bring to your palate, so you find the best tequila for you in the next article.

Come to Casa Sauza and let our bartender prepare a tequila-based dirnk just for you. Have your tequila at Tequila, Jalisco!

This drink of ancestral origin takes its name from the place where it is produced, the Tequila...