Does Tequila have Methanol? 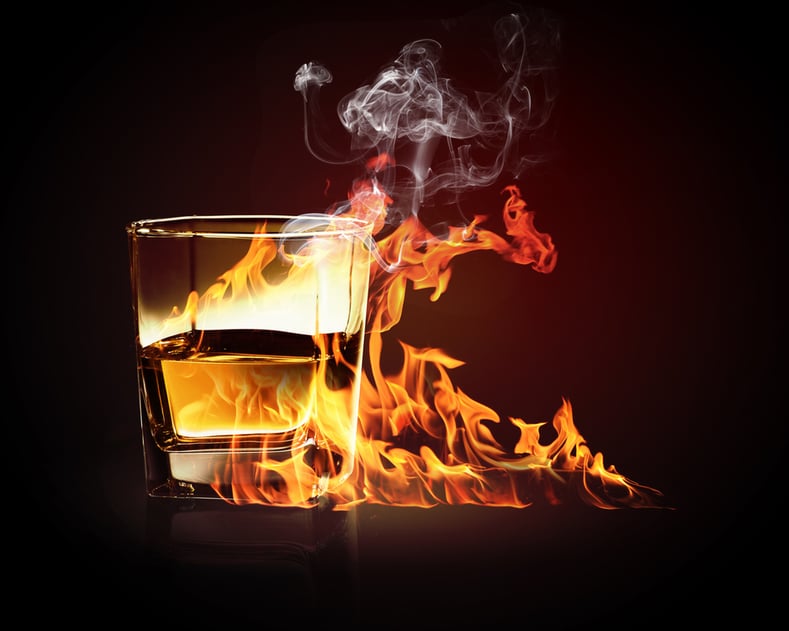 What the NOM* says about Methanol in alcoholic beverages

The affirmation that tequilas contain Methanol is true and is recognized in the Official Mexican Standard "NOM-142-SSA1 / SCFI-2014, Alcoholic beverages. Sanitary specifications. Sanitary and commercial labeling ", issued by the Ministry of Health. In fact, in its previous version, "NOM-142-SSA1-1995" such a norm is explained in section B.4.1.1: "Methanol is an alcohol that is present in all alcoholic beverages to a greater or lesser extent, even in traces. It comes from the hydrolysis of the pectins (soluble pectins and propectins) of the fermented vegetable raw materials. The pectin, which is a chain of galacturonic nuclei (pectic acid), is esterified with methyl alcohol; for this reason, the fermentation is accompanied by the hydrolysis of this ester, where Methanol is liberated and the pectic acid is insolubilized. Therefore, the content of Methanol depends on the pectin content of the vegetable raw material that is fermented. "

To make sure that the methanol content is not present in quantities that could represent a health risk, the standard establishes as an upper limit a value of 300 mg of Methanol per 100 ml of anhydrous alcohol. This value is also the upper limit for the content of Methanol allowed in tequilas, as dictated in the MEXICAN OFFICIAL STANDARD NOM-006-SCFI-2012, Alcoholic Beverages - Tequila - Specifications in Section 6.1.1.

If it doesn't have methanol, it's not tequila

It is important to note that the Tequila Standard recognizes that Methanol is an unavoidable constituent, setting a lower limit of 30 mg of Methanol per 100 ml of Anhydrous Alcohol; that is, an alcoholic beverage that does not contain Methanol can not be tequila since, as explained above, Methanol is generated from pectins that are in the agave.

Concerning the toxicity levels for Methanol, the reference is the page published by the National Institutes of Health (NIH) of the United States. In which it is indicated that:

"A potentially lethal dose of Methanol is approximately 30 to 240 mL or 1 gram per kilogram. Permanent visual damage may occur with minimum ingestion of 30 mL of Methanol."

A look at the units of measurement should reassure the consumer that the levels of Methanol allowed in tequila are way below (in orders of magnitude) the levels at which the toxic effects associated with Methanol could occur.

If you would like to know more about the production processes of tequila, come to Casa Sauza and take one of our guided tours. We will be glad to show you around!

Dishes to Pair With Tequila

Which dishes should I pair my tequila with? What other drinks can I mix it with?  This are some of...

We interviewed sommelier Fernando Bravo so he would give us his point of view on the different...

Frozen Passion. A Tequila-Based Cocktail Made With Hornitos®Plata