The Importance of Pollination in Agriculture

In this blog, I will talk about the importance of pollination of the agricultural fields, which include the Tequilana Weber Agave, blue variety. This agave is the most important raw material for the production of our drink, Tequila.

They are animals that transport pollen from the male parts of the plants to the female ones, ensuring thus the formation of fruits or seeds. Due to chemical fertilizers that are being currently used, this population is decreasing. Approximately 80% of the floriferous species depend on pollinators. 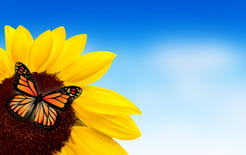 It is amazing the amount and diversity of pollinators that there are. We are talking about 20,000 species of bees, bats, moths, flies, wasps, beetles and butterflies and, to a lesser extent, monkeys, birds and squirrels, among others.

How are Crops Affected by Pollination?

Pollinators help and affect a 35% of the agricultural production in the world, contributing greatly to the world's diet. They also play a role in medicine since it is due to the pollination of plants from which the medicines are made that we can acquire this products in our pharmacy.

Economic Estimates on the Contribution of Pollination in the World

According to estimates of a recent study, pollination contributes to the economy with 153,000 million Euros per year, which is equivalent to a 9.5% of the world's agricultural production.

The Agave Fields as an Example of the Contribution of Pollination in Genetics.

Many plants are losing their genetic diversity due to human manipulation, when trying to improve their performance or by cloning them, among other things. Pollination helps to recover a plant's initial genetics. Besides being a means to introduce and maintain genetic diversity, we have the example of the Blue Agave fields, the main raw material for the production of Tequila. 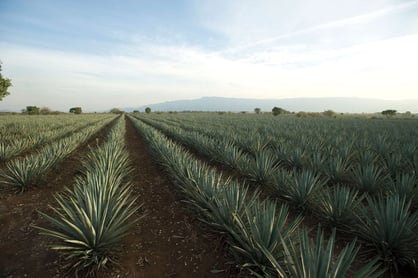 The Blue Agave is almost in its whole genetics, the result of a combination of 2 types of genetically controlled plants. However, it is also very important that their pollination gets carried out based on some wild plants in order to achieve the adaptation of genetics to the various environmental stress factors.

This wild pollination helps to create a natural resistance to pests or to minimize their impact. This is how the pollination that favors the combination between the genetics created by humans and the ones of the nature, offers a lasting balance.

How to Protect Pollinators?

At a Food and Agriculture Organization of the United Nations (FAO) congress held from August 22nd to September 9th, the topic of the importance of pollinators for the world's food production was once more addressed. The management and care that we must carry when fertilizing our crops in order for them to survive was also discussed.

Some factors that were mentioned and that need to be put into practice in order to improve the population of pollinators were:

Measurements Than Must be Taken in Order to Ensure Pollination

Keeping future of pollinators such as bees, flies, wasp bats -and others- safe, is vital to ensure the production of fruits and crops and, in general, for the world's food production. It is therefore a priority for the government's of all the countries, to take action and implement activities to achieve this, such as: greater regulation of pesticides, establishment of diversified agricultural systems and long-term monitoring of pollinators in general.